The Fair Workplaces, Better Jobs Act is in danger of being canceled by the current government. We need to do what we can to stop this from happening. By sending a message to our MMPs, we become a collective voice in this fight. We can’t allow the Ford government to strip workers of they’re rights! To send an email, click on the link below.

For those of us who have been fortunate enough to have attended Henry’s class at the WWW center, we know how deserving he is of this award. His class is never boring and always keeps you engaged with his unique style of teaching. Congrats Henry! 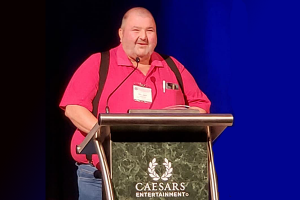 The award recognizes trade unionists who exhibit the strength, fortitude and commitment of the late Chico McGill, a former IBEW member and officer who was known as an outspoken advocate for working people.

“This is a great honor for me,” said Bagwell, who met McGill after being introduced by IAM Government Employees Director Jim Price several years ago. “There are many people in this room who have mentored me. If you can pay it forward and mentor somebody, I think that’s one of the greatest gifts we have as trade unionists.”

Bagwell, a 33-year IAM member, served previously as president of the Amarillo, TX Metal Trades Council. He helped develop and implement training for the Metal Trades Department while working at the Winpisinger Center and serving as a personal mentor to many members.

“Henry’s influence on this union, our membership and the labor movement as a whole cannot be overstated,” said IAM International President Bob Martinez. “We are so grateful for what he does for Machinists Union members every day and I congratulate him on this high honor.”

Bagwell initiated into IAM Local 1255 in Amarillo, TX in 1985. There he served in multiple roles, including steward, alternative steward and chief steward. He also served as an associate instructor for the Center for Workers Health and Safety for more than 15 years. Since 2006, Bagwell has been a member-favorite instructor at the IAM’s Winpisinger Center.

“If you pass through one of Henry’s classes, you are now better prepared to represent your workers,” said Jimmy Hart, President of the Metal Trades Department. “Henry is one those guys who will feel your pain, but won’t just pat you on the back. He’ll help you solve your problems.”

Bagwell holds an associate’s degree in radiologic technology from Amarillo College and a bachelor’s degree in occupational education from Wayland University.

There could be some very tough days ahead for labour in the United States. It’s hard to believe that things may be heading back 70 years when it comes to the rights of workers. The attached video explains just what could happen if the  Supreme Court started to reverse current labour laws and the effects it could have on workers.